One of the things you should do as a tourist in Phuket is taking a sightseeing trip to Wat Chalong.  It is said here that you haven’t truly arrived on the island until you’ve set foot on these sacred grounds.

The general consensus is that while the main temple was built in 1837, the rest of the grounds hold structures that are older, though no one knows how much.  This particular temple holds quite a bit of history and legend.  The main one revolves around an abbot, Luang Pho Chaem, who gave sanctuary and direction to the local people during a time of societal rebellion.  He is also known for his walking stick which is said to have had magical healing abilities.  His miracle walking stick is still there at the temple but is not for public viewing. 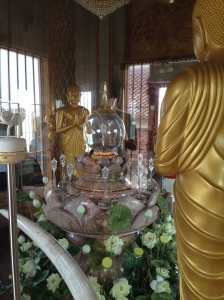 While the architecture is breathtaking and the grounds are stunning, this temple is a sacred place and the local Thai people still come here to pray and give their respects to the founding monks.  It was interesting to watch their actions and try to figure out why they do particular things.  We decided that the next time we head out to see a monumental historical sight, we would either pay for a private tour, or maybe download a walking tour.  There were so many things to look at and I know that there is far more historical significance to what we saw than what we knew! 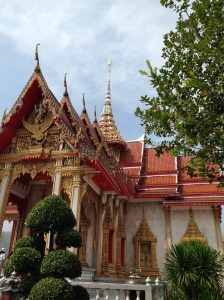 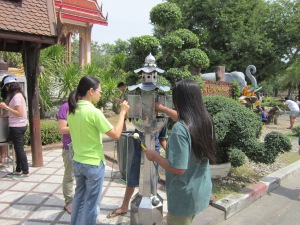 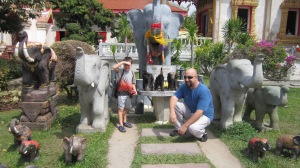